Sometimes it’s hard to predict what the weather will be like tomorrow, let alone something more serious, like the outbreak of a disease. In the light of recent events and the coronavirus spreading around the world, people have noticed something both interesting and a little frightening.

Can Books Predict Our Future?

There’s been much discussion about books predicting future, especially now that we’re steadily advancing towards the levels of surveillance described in Orwell’s 1984. Other books are thought to have predicted different historical events. In fact, some people have been saying that one book in particular anticipated the outbreak of the COVID-19 virus. But is this really true?

Of course, the news was first published on social media. People have been pointing to Dean Koontz’s book The Eyes of Darkness, a thriller novel published in 1981.

Why do people think that this book foresaw the coronavirus? Because it mentions a virus called Wuhan-400, “a perfect weapon” that can only harm humans and can only survive outside of the human body for about a minute. According to the book, the virus, an extremely dangerous bioweapon, was brought to the U.S. on a diskette. The book also suggests that this virus could wipe out a whole city, or even a country.

People probably got worried because Dombey, one of the characters from the book, claims that “once infected, no one lives more than twenty-four hours. Most die in twelve.” However, we can’t stress enough the fact that this book is a work of pure fiction. The differences between the Wuhan-400 virus and the real one breaking out at the moment are significant.

First of all, the coronavirus has a more extended incubation period and doesn’t have a 100% mortality rate. The incubation period for COVID-19 is 2-14 days, while the Wuhan-400’s was much shorter – only four hours.

Also, not everyone dies from pneumonia caused by the coronavirus. There have been successfully recuperated patients, while only 0.2% of the population dies. These are usually people who’d been suffering from a chronic disease or senior citizens whose health and immune systems are already weak.

Earlier versions of the book also had different names for this virus. Before it became the Wuhan-400 virus created in China, it was the Gorki-400 weapon developed by the Russians. This change most likely happened in the 90s. However, there’s no clear evidence of the exact moment when the Russian virus became Chinese.

However, let’s say you go through all the fiction books ever written. You’re more than likely to find connections between these stories and events that have actually happened. Human imagination can be vivid, but sometimes what we think, dream or write about comes true because it isn’t impossible.

For instance, an author from Hong Kong, Chan Ho-Kei, even mentions the infinite monkey theory. It’s about a monkey “trying to type” by hitting the keyboard. In all probability, the animal will at some stage type actual, real words. In the same way, there’s a possibility that something fictional we write one day will become a reality. 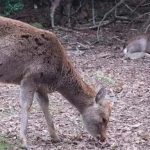