Otters are really enjoying life to the max. Not only did they invade a condominium and steal a koi fish, but they also thought it was a good idea to celebrate their mischief by swimming laps in the pool inside the compound.

What really happened? It was a lovely, quiet Sunday morning in Newton until these local otters decided to spice it up and treat the residents with an unusual sight.

An otter family of five, living in the Singapore Botanic Gardens since recently, escaped their new home and went for a little trip through canals to explore the surroundings. The Zouk otter family ended up in a condominium compound located next to the channel that other otter families typically use to roam around.

The Botanic Gardens staff says that it was probably the sound of water that had drawn them to the condominium. In fact, a big drain called longkang is located just across the street from the invaded condominium compound, and it’s not a rare image to see the otters swimming in these drains.

They also explain that otters cannot make a difference between pet fish and those living in the wild, which is why the unfortunate koi fish ended up as their lunch. These were just their hunting instincts at its best. After all, this family had three hungry babies to feed.

The admins of the OtterCity Facebook group published a post where they explained what happened and identified the otter family. There were actually 6 otter babies at first, but three didn’t make it due to otter mom’s lack of milk. However, the three healthy ones grew to become curious little explorers going places with their parents.

The funniest thing about the event is the fact that the otters didn’t eat it right away, but took it to the pool to enjoy it like a real delicacy. They looked like they were having so much fun while swimming around as if it were their natural habitat!

However, the residents of the condominium weren’t mad at these cute little invaders. In fact, they were amused by the event, and even made jokes and puns about the furry family of thieves living it up. Some were even worried about them not having enough food in their habitat and being forced to go looking for something to eat. The OtterCity admins also thanked the residents of the compound for being so understanding about the incident.

Although the koi fish would probably disagree, it was an entertaining sight to witness. Even the ones who missed it were able to see it afterward thanks to the videos and photos the residents made. The complete video is available on Reddit – it features five otters swimming and playing in the pool while one of them is holding an orange koi fish in the mouth.

This condo’s residents may not have to worry about someone breaking into their homes, but they should certainly keep an eye on their pool in the future. There is another type of “danger” that may concern them. 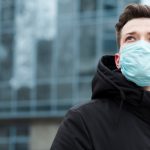