Source: The Next Web

There’s no hiding from ads. Apple’s latest decision to allow push notification ads on iPhones proves it. Unlike Google, Apple is famous for not relying on ads for revenue. And that’s what so many users around the world love about it. For that reason, this feels rather unusual, and it could signify a change in how Apple does things

You Don’t Have to Do It

Just imagine having to get your phone out every time Apple decides to show you an ad. That sounds downright infuriating. The good news is that all this push notification ads business is optional. Yes, you can breathe a sigh of relief. You won’t have to look at any ads on your iPhone if you don’t want to.

Apple has updated the App Store review guidelines recently, and this particularly unwelcome feature is part of it. And even if you somehow agree to receive the push notification ads, you can go back and change the settings at any time. Apple, like many other companies, is counting on the fact that there are people who won’t mind those ads too much.

Another update that came with the rollout of the new App Store guidelines is the “Sign in with Apple” service. This is going to be implemented by April 30 of this year. The login system has been around since 2019, but now it’s time for everyone to use it.

This feature gives you the option to hide your email address and use a randomly generated ID. For those who are security-minded, this will make them nod their heads in approval.

There’s another update that you might not have seen coming. The new Apple Store review guidelines will apply a much stricter reviewing process for all those dating apps on the market. And the number has definitely increased over the years.

The same goes for popular fortune-telling apps as well. Also, all the app developers will now have to go through Apple’s API if they want to request user reviews of their apps. These changes are most likely to lead to a weeding out of less-serious apps and developers.

Thankfully, you don’t have to receive push notification ads on your iPhone. Apple knows not to go that far. Just imagine the blowback they would receive. However, you can get them if you want to. All of which is sure to make Apple a ton of money.

But with this unusual, and frankly, kind of ridiculous update to their App Store guidelines, comes a few good changes. The new and mandatory authentication service will make your entire online experience safer. Now, you can either wait for the first ad to pop up on your screen to do something about it. Or you can make sure you never see one in the first place. 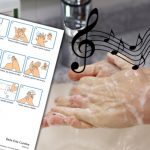