The recent outbreak of the coronavirus has changed a lot of things in our daily lives. In many countries worldwide, schools and universities are closed. Public gatherings are forbidden, you have to wear a face mask, and many other precautionary measures have been taken.

But this is the impact it’s had on us, humans. What does it mean for animals?

Unfortunately, for some species, it means a lack of food. The group travel ban is one of the measures China has taken to prevent the coronavirus from further spreading. This has had an impact on other countries in the region, such as Japan. The deer in Nara Park, for instance, aren’t very happy about this travel ban and the decreased number of tourists visiting the park itself.

The Japanese consider these deer sacred. There are more than a thousand of them currently living in Nara Park. It’s located around 45 minutes from Kyoto, and is mostly famous for its temples and of course its deer residents.

These adorable and playful animals aren’t afraid of the tourists at all. In fact, they freely roam around the park and love to eat shika senbei right from their hands. What’s that? The deer’s favorite snack – brown rice biscuits. A box of these crackers costs less than $2.

However, the recent drop in numbers visiting this Japanese park has been affecting these lovely animals. Before, the deer had never experienced a lack of food due to numerous tourists who enjoyed feeding them.

But now, as fewer and fewer people are visiting the park due to coronavirus restrictions, the deer have had to resort to eating grass. You may be thinking that grass is what deer usually eat, but these wild deer actually got so used to those crackers, it’s left its mark. They’ll even bow to you after they take a biscuit – that’s how deer show they’re grateful!

What’s even sadder, they’ve started approaching the biscuit sellers, in search of their favorite food. There have been photos from the park showing a bunch of deer standing patiently around a food seller, waiting to be rewarded with a snack.

During January 2020, there have been over 10,000 canceled trips to Japan. What’s worse, the park staff now has shorter working hours. Before, they could leave the park at 4pm, but now they only work until noon. That means the deer are alone most of the time, and have to be resourceful enough to get their own food.

The lack of tourists is also affecting the food sellers at the park, who report a decrease in income as well. So much so, they may be forced to close down.

The internet isn’t indifferent to this. Many people have shown sincere sympathy for the cute residents of Nara Park. Some Facebook users have confirmed that the situation looks terrible, while others are begging people to go and feed the deer. We can only hope that the coronavirus pandemic will end soon, and that visitors will be able to feed the deer their favorite snack again. 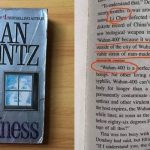