One of the latest internet sensation from UK to Singapore and Malaysia, judges of MasterChef UK are taking the heat for their comments on one of the contestant’s Zaleha Kadir Olpin’s nasi lemak and chicken rendang.

In a recent episode of MasterChef UK, contestants were asked to create a dish that was close to their hearts and Zaleha chose to make a dish she had grown up with – nasi lemak and chicken rendang.

After being told by MasterChef judge Gregg Wallace that her chicken rendang was not crispy, Zaleha was eliminated. This caused an uproar among many Malaysians, Indonesians, and Singaporeans who have also grown up with this dish.

Many netizens have since took it upon themselves to show their disapproval – here’s what they have to say:

Good morning to everyone except to white people who love crispy rendang.

Good morning to everyone except to white people who love crispy rendang.

If they make our rendang crispy, maybe we should steam hams.

“Chicken rendang has to be crispy” pic.twitter.com/wGsehHrkx4

Please namastay away thanks Namastay in my corner to see how this unfolds pic.twitter.com/wcmPZ0Aef1

Even Dr. Mahathir has a few things to say about this

Maybe you are confusing rendang chicken with KFC 🤔 https://t.co/yjsw0CeFtR

And how often do you see Najib and Mahathir singing the same tune? While all the netizen’s outraged response were understandable, some others have pointed out that perhaps Zaleha’s elimination may be justifiable.

In an article, Malay Mail columnist Erna Mahyuni brought up how Rendang usually requires hours of simmering  “for the sauce to properly dry out and the meat to fully absorb the blend of spices”.

While the video of Wallace’s “crispy” comment has been going viral, it doesn’t give the full picture of the judges’ remarks and overall verdict which led to Zaleha’s elimination.

Although Torode loved Zaleha’s nasi lemak, he did felt that the Redang “hasn’t had enough time to cook down and become lovely and soft and fall apart. Instead the chicken itself is just tough and it’s not really flavoursome.”

Wallace, on the other hand, was disappointed that the “chicken skin wasn’t cooked”, and that “the flavour of the rendang sauce was on the skin”.

A representative from MasterChef UK has also stepped forward to make a statement.

“Gregg wasn’t suggesting that the dish should traditionally have crispy skin – he was saying that he couldn’t experience the flavours of the dish as it was presented.

MasterChef has always celebrated international cuisine and on this occasion, our judges’ comments were relevant to the dish that had been cooked on the show,” said the representative

In an interview, Wallace admitted that “‘crispy’ was the wrong word”, but emphasised that Zaleha was eliminated because the Rendang was not well executed.

While the “crispy” comments were indeed ridiculous, it’s also important to keep in mind that Zaleha’s elimination had to do with her overall performance. While Zaleha tried her best to execute a dish that was dear to her, she was also up against strong competition from fellow competitors.

“She didn’t go out because her skin wasn’t crispy. She went out because the other cooks were better,” explained Wallace.

What’s your say on this “Crispy Rendang” saga? We’d love to hear your views. 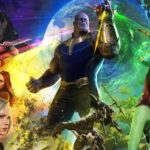 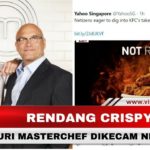