Of course, celebrities are entitled to both have and express an opinion.

But what they’re often not aware of is the influence they have on other people. A simple, innocent statement can cause harm to many because people forget that celebrities aren’t (always) experts. For example, if a famous person swears they would never vaccinate their child, it doesn’t mean they’re right to make that choice. They’re not a doctor, and this kind of issue is too sensitive to trust to someone just because they’re popular.

Elon Musk is a celebrity who made the fatal mistake of publishing a really bold statement on his Twitter account. And the timing was totally wrong.

We’re sure the billionaire didn’t think twice before posting the infamous tweet.

So, what happened? On March 6th, Elon Musk wrote the following:

Just like that. Without additional explanations, without corroborating his statement with expert opinion. Musk simply claims that the panic caused by a virus that has now reached pandemic levels and killed thousands of people worldwide is dumb.

Sure, panicking won’t help, but calling the justified fear dumb won’t either. First of all, it isn’t easy to recognize the symptoms of the coronavirus infection, as it’s pretty similar to the seasonal flu we all struggle with each year. Also, the diagnosis requires specialized testing. By the time you get the results, you may have infected hundreds of people. The COVID-19 is now spreading so quickly, it’s normal for people to panic.

But are those without health insurance dumb? Are people with small children dumb for being afraid? Are senior citizens with compromised immunity dumb? It’s easy to call panic stupid when you’re a billionaire, and your insurance covers anything you might need in case you get infected.

What Does the Internet Think About This?

Most Twitter users were clearly unhappy with Musk’s post. Some pointed out that he shouldn’t be offering his opinion on something unrelated to his field, especially at such a sensitive time. Others blamed him for not having enough compassion. Some commentators didn’t like the fact that Elon Musk wouldn’t allow his employees to work from home. Oddly enough, other Twitter users agreed with Elon. They shared some statistics about the coronavirus and compared it to the epidemics we’ve experienced in the last two decades, such as the S.A.R.S. and swine flu.

Is Elon Musk Even Sorry?

For now, the billionaire hasn’t posted anything that would resemble an official apology. We’re not sure if he’s planning to, but one thing is certain – people who are infected by the coronavirus were most definitely not impressed by Musk’s tweet. 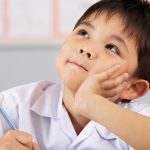