The COVID-19 virus has been making headlines for months now. Efforts to develop effective vaccination protocols are well underway but it’s unclear when they’ll be available.

Any viral outbreak is certainly a somber affair, but the Coronavirus outbreak has also been the source of some truly unusual events. Are these cases of panic mongering winning over reason or are they a justified response? We’ll let you be the judge.

1. No Excuse to Miss Training

Experienced runners often talk about a “runner’s high” that occurs when endorphins flood their bodies. For one Chinese man, that feeling was too hard to go without.

Confined to his apartment, Pan Shancu ran 66 kilometers in six hours and 41 minutes. An almost-nationwide recommendation to remain indoors has left many people craving their regular physical activity.

Forty-four-year-old Pan confirmed that “running is like an addiction” for him and that he previously jogged on the spot for the equivalent of 30 kilometers to inspire other home-bound people to rethink their possibilities.

On a recent flight from Amsterdam to Incheon airport in Seoul, South Korea, passengers reported that bathroom access was restricted to them.

Photos of a handwritten sign on the bathroom reading “lavatory for crew members only” made their way on to social media. Eliminating any doubt, the sign was written only in Korean and not Dutch or English. The airline was forced to apologize publicly at a news conference as calls to boycott KLM started to trend on Korean Twitter.

Chinese actress Yang Zi recently came under fire not for being indifferent to the viral outbreak but for being a little too altruistic.

In a truly bizarre twist, netizens dogpiled on the actress in response to her donation of RMB 500,000 to relief efforts for Wuhan. The sum is well in excess of what other artists are donating and allegedly violates a sort of gentleman’s agreement between them.

The actress’s studio was quick to fire back, calling the abuse detrimental to Zi’s family. They have threatened legal action, despite the trying times in the nation.

4. Enough to Miss Your Own Wedding

A Singaporean couple, Joseph Yew and wife Kang Ting, were set to hold their wedding days after their return from a trip to China. The couple’s potential exposure to the virus made guests nervous, so they decided to assuage those fears by simply not showing up.

Instead of attending the wedding in person, they attended the celebration via a video call projected on a screen to the guests. The venue was unwilling to postpone the wedding. But rather than forego their deposit, they decided to attend remotely.

In early February, a truck driver was held up in Hong Kong whilst making a delivery. The criminals were after the valuable cargo: toilet paper.

Panic over the Coronavirus coupled with shortages in the city have led citizens to resort to truly desperate measures. Over HK$1000 worth of toilet paper was stolen.

Not everyone is capable of turning fear into creativity, but these Chinese certainly deserve a gold medal in the cooking category! The Coronavirus outbreak obviously inspired them to invent new recipes and create innovative meals.

Recently, a social network Chinese people love to use, Weibo, has been full of hilarious pancakes looking like N95 masks, Coronavirus meatballs, and more. People come up with all kinds of things when they’re bored and not allowed to leave their homes. Well, from what we see, an idle mind is Corona’s playground.

7. Resourcefulness at Its Best

Since the outbreak of COVID-19, there’s been a shortage of N95 masks all over the world. This didn’t stop He, a woman living in Luzhou in China, to protect herself from the virus as much as possible.

She needed to visit a hospital and didn’t want to risk getting infected, so she bought a giraffe costume and wore it during her visit! However, according to medical experts, this may have been funny to witness, but completely pointless because the costume couldn’t really protect her from the virus.

During the COVID-19 outbreak, it is indeed better to avoid kissing someone on the cheek or shake hands with them. However, it’s okay to wave at people or say hello. But, as usual, people want to be more creative.

Reportedly, during a meeting, a doctor advised his colleagues to use Spock’s Vulcan greeting instead! Not only do you avoid touching the other person, but you also wish for them to “live long and prosper”, which is crucial in the COVID-19 era, right?

The Coronavirus outbreak is a problem for the dozens of countries that are experiencing outbreaks. However, the best way to fight it is to remain calm and take the necessary precautions without going overboard. 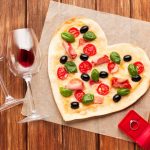 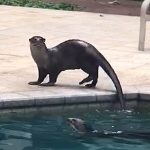